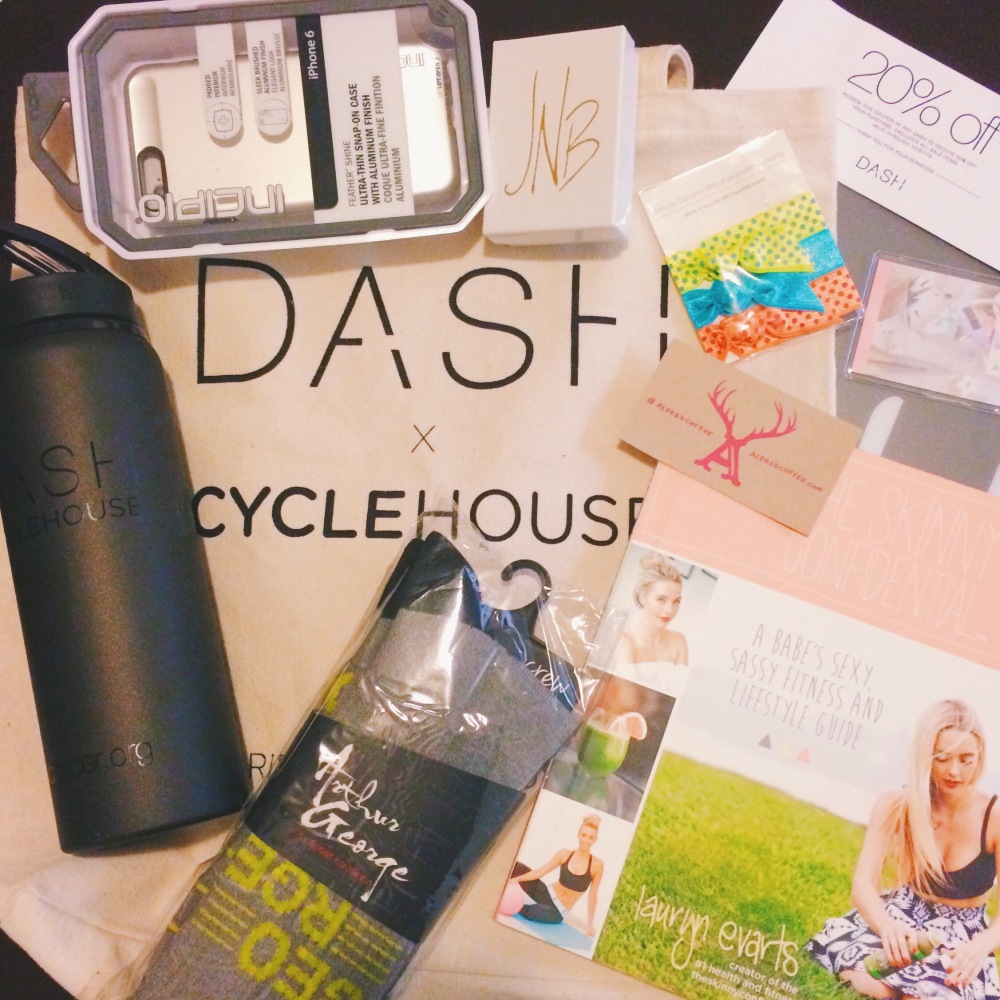 Requirements for class: Be in the mindset to push yourself.

I came here for the DASHxCHgiveback charity ride to fight cancer (not on ClassPass) and it was PACKED. With Cycle House gaining popularity due to its new reality TV show, Hollywood Cycle, the crowd was a mix of regulars along with many starstruck fans hoping to get a real life taste of what Hollywood Cycle is all about, and a glimpse of a Kardashian. Khloe was there for Nichelle’s class, and nice enough to take selfies with many fans who asked. There was also some cool swag (featured in the pic above), my favorite being the signed copy of the Skinny Confidential and delicious Suja juice.

As far as the class went, those 40 minutes with Aaron really KICKED my butt. I was recovering from a bad cold, so it may have added to the struggle, but it was rough. And if you don’t know, Cycle House’s normal classes range from 45-55 minutes. AND my friend tells me that Aaron went easier on us this class because about half the class was new. I’ve taken classes at CH before with Heather, Mikki and Maranda and none of those were as hard as this class. Maranda’s was still pretty killer. My favorite has been Mikki because she’s encouraging in a non-frightening way and her class was still a good workout. I might add that I’m also not a cardio person so I struggle especially with spin classes. Aaron is all about the cranked up resistance, and sprinting with cranked up resistance, which almost killed me. However, people who are better at cardio than I am tend to love that. If you’re new to Cycle House, I’d recommend taking an easier class and working your way up. Nichelle, Aaron and Nick all have really intense classes, but as they say, “the strength is in the struggle.”