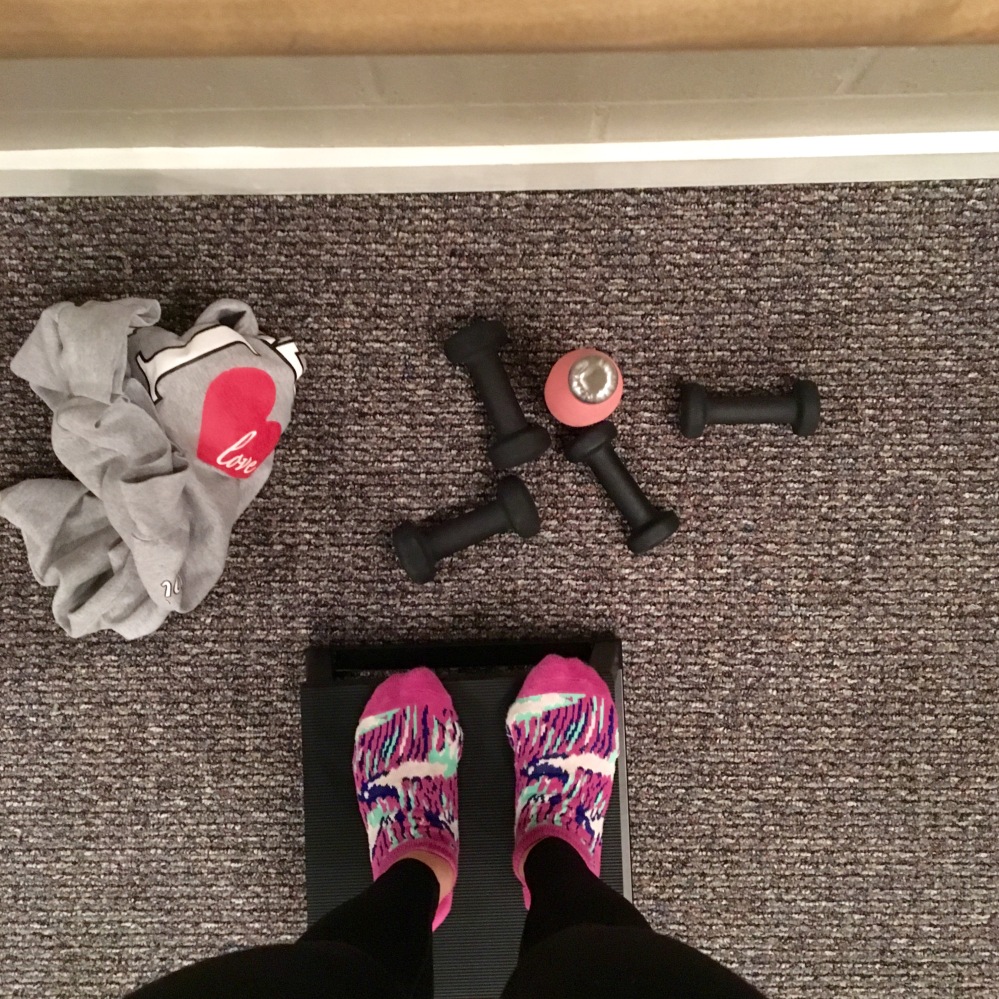 Difficulty: 3.5 (mainly because the moves were unfamiliar)

I was so excited to try Platform now that it’s on ClassPass, but man was this class a frenzy! I arrived about 10 minutes early, signed in, and was told that I NEEDED a towel. I was surprised because I never HAVE TO HAVE a towel in barre classes. The receptionist said I could purchase one for $13, but then later said for first timers, could use a sweatshirt or jacket. I ran downstairs to my car to grab one and barely made it back to class on time.

Each platform is set up at the barre already, you just need to grab two sets of weights. Then the class kicks off. It’s fast-paced, but the repetition rounds are relatively short. This actually reminded me of Cardio Barre. To be honest, I anticipated a lot more jumping and stepping on and off the platform, but instead, it was a lot of doing the barre moves with one leg on the platform. At least half the class looked lost. But the rounds moved so quickly that it was hard for the instructors to correct everyone before the next round started. At this particular Pure Barre location, it’s also hard to see what the instructor is doing if you’re located against the backside of the studio. Overall, it was a decent workout – a little different from regular Pure Barre due to how fast paced it was. I did not understand why they were so adamant about needing a towel since I was barely sweating. But, I was still pretty sore the next day so maybe I worked harder than I thought. The good thing is, with the amount of people who were lost, you would all be in it together.